As I mentioned in the first post all the details in a LARP character come from a few central questions. This also applies to the costume planning.

First of all there are the limitations – or rather possibilities – of the place she comes from: The Horasian Empire. It is inspired by Renaissance Italy and Baroque France, so we have a time frame from, let’s say, the 1420s to about 1720. That’s 300 years, which is a lot. So let’s reign it in a little further on the basis of the TV show I mainly used for inspiration so far: The Borgias and The Musketeers.

The Borgias starts in 1492 when Rodrigo Borgia becomes Pope Alexander VI. The Musketeers is set in the 1630s. There we have it, that’s about half of the years. With “only” ~150 years worth of fashion I can cope and probably find a middle ground.

The next step is Wikipedia – the fashion pages, to be exact. While not a perfect research basis for re-enactors and costumers it’s enough for a overview for people like me who are in it for the inspiration. The pages conveniently start at 1500-1550, and I also consulted 1550-1600 and 1600-1650 and ventured a little further for some more inspiration. I then took mental notes of what I liked:

These are mainly from the Renaissance, but extensive Borgia watching will do this to you. As said before the beautiful costumes from the series were a great source of inspiration, too.

After I said this pale pink dress of Lucrezia’s I remembered a similarly coloured piece of silk in my stash, maybe it’s enough for a bodice. Of course the wealth of Lucrezia Borgia is nothing I will copy – after all my character’s family has fallen on harder times – but the slashed sleeves are great and the whole air of innocence around her.

La bella Farnese is still too wealthily adorned for what I want to make, but beautiful inspiration nevertheless. I plan on making a set of “better” clothes and one of simple everyday ones for the character, and the Borgia dresses are more inspiration for the former than the latter. 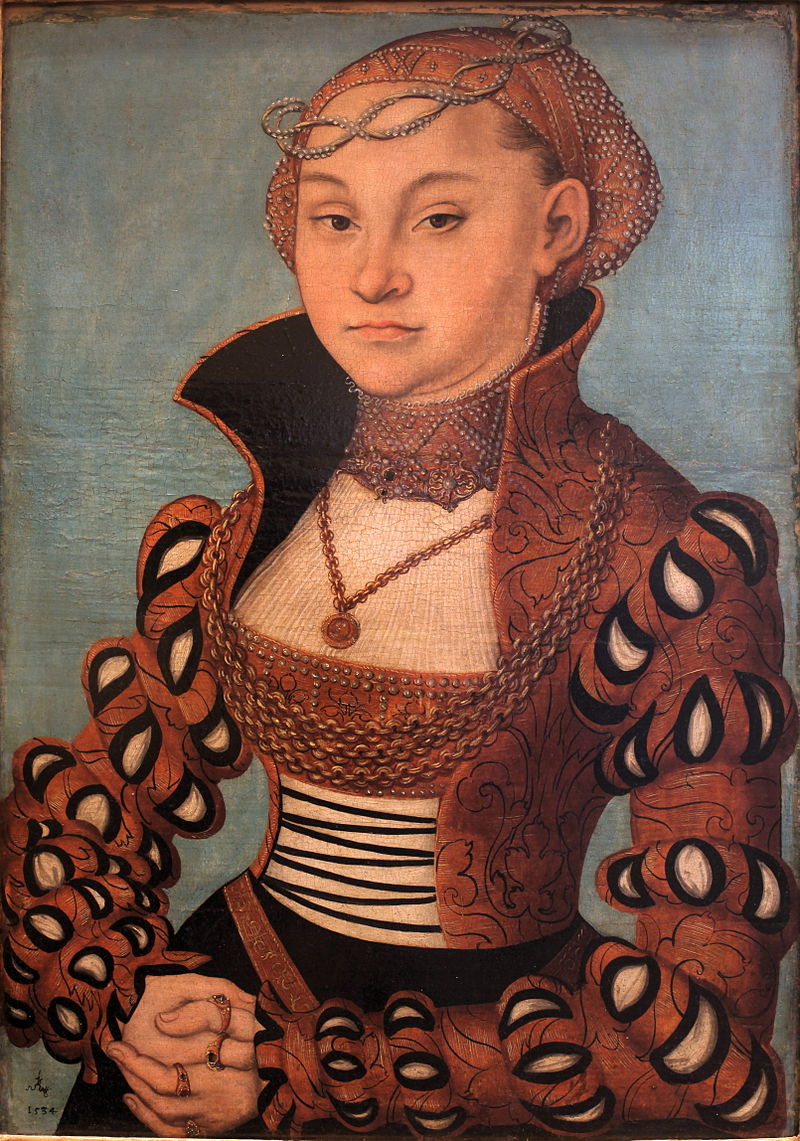 probably Princess Maria of Saxony, by Lucas Cranach the Elder (via)

Because the costume for my character will be an amalgam of historical periods and fashions anyway I decided to let one of my favourite portraitists – Cranach the Elder – inspire me, too. I like the bodice lacing of the German fashion at that time and it can’t be too hard to incorporate that somewhere, can it?

After I amassed my inspiration I made a list of what I needed:

I then made a few sketches: 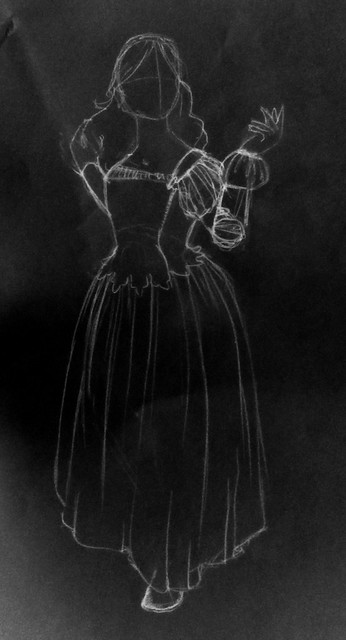 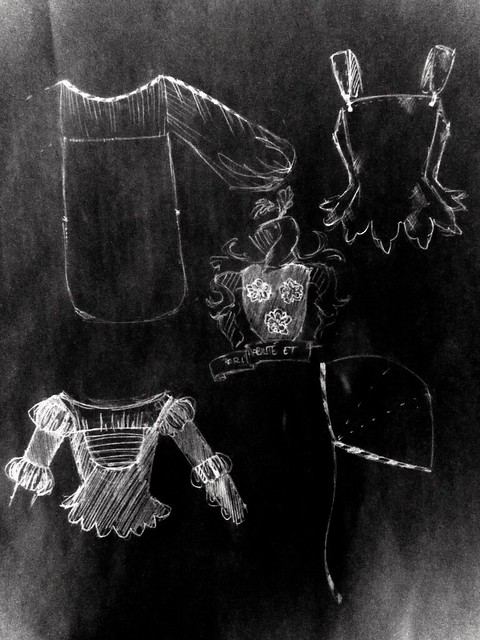 You might notice that the “everyday” set is more Baroque while the “posh” set is a bit more Renaissance-inspired. I decided to put the Chranachian lacing on the chest of the bodice rather than the waist. After all it’s about ambience, not about authenticity, so it’s a simple Baroque shape with Renaissance details.

Next stop: Making a chemise.

2 thoughts on “By Skill and Valour: Costume Conclusions”